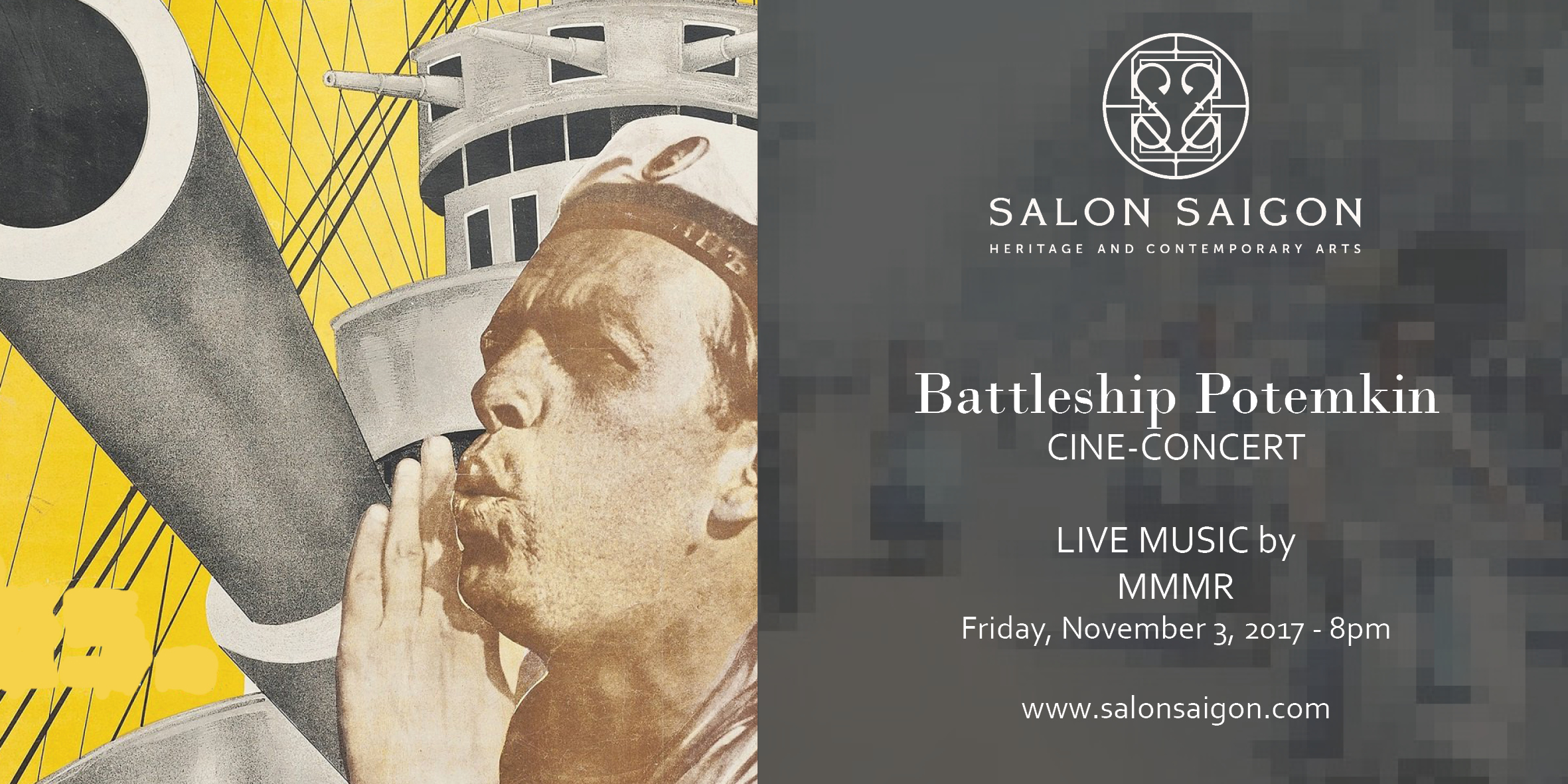 Battleship Potemkin is a Soviet silent film, released in 1925.

An epic dramatization of the 1905 mutiny aboard the battleship Potemkin, this movie was director Sergey M. Eisenstein’s tribute to the early Russian revolutionaries and is widely regarded as a masterpiece of international cinema.

A tense, action-filled drama, this taught 75 minute film is assembled from more than 13,000 individual shots, demonstrating Eisenstein’s view that editing is the fundamental essential of film. The famous Odessa Steps sequence has been hugely influential with directors such as Terry Gilliam, Woody Allen and Brian De Palma all paying homage to it in their films.