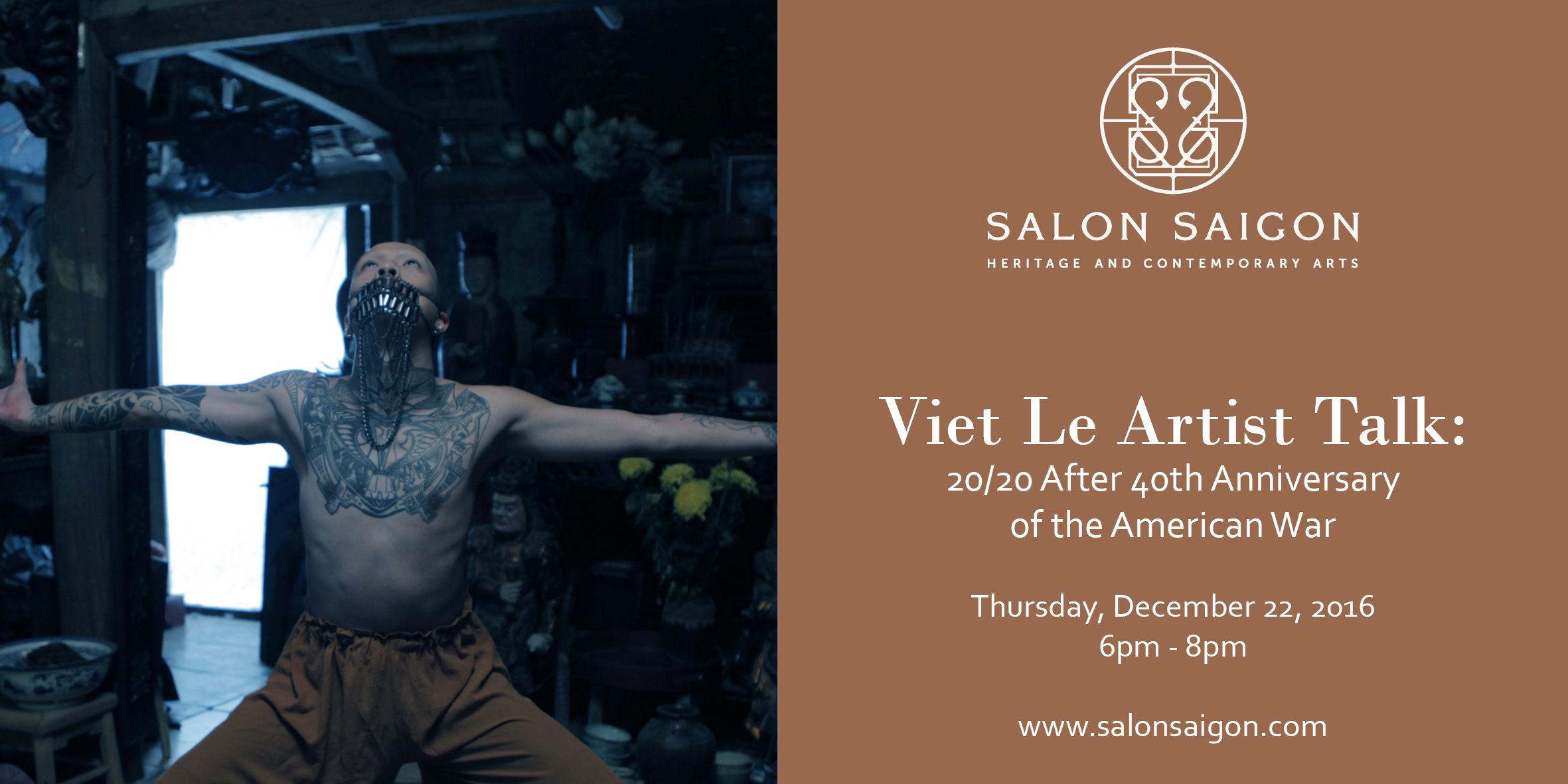 Artist, academic and curator Việt Lê will discuss his recent creative and critical projects.  Lê traces the continuing wars overseas, on U.S. streets, and the 40th anniversary of the military engagements in Southeast Asia (2015).  Giving a brief survey of his projects (art, curatorial, and academic) within the past two years, Lê makes a case for “return engagements” as a frame to reconsider loss, (queer) longing and spiritualities.

Việt Lê is an artist, curator and academic whose work focuses on popular culture, sexuality, and the traumas of history and modernity.

He is an Assistant Professor in Visual Studies at California College of the Arts (San Francisco | Oakland). He has been published in positions: asia critique; Crab Orchard Review; American Quarterly; Amerasia Journal; Art Journal; and the anthologies Writing from the Perfume River; Strange Cargo; The Spaces Between Us; Modern and Contemporary Southeast Asian Art; among others.

Your ticket for the: Việt Lê Artist Talk: 20/20 After 40th Anniversary of the American War