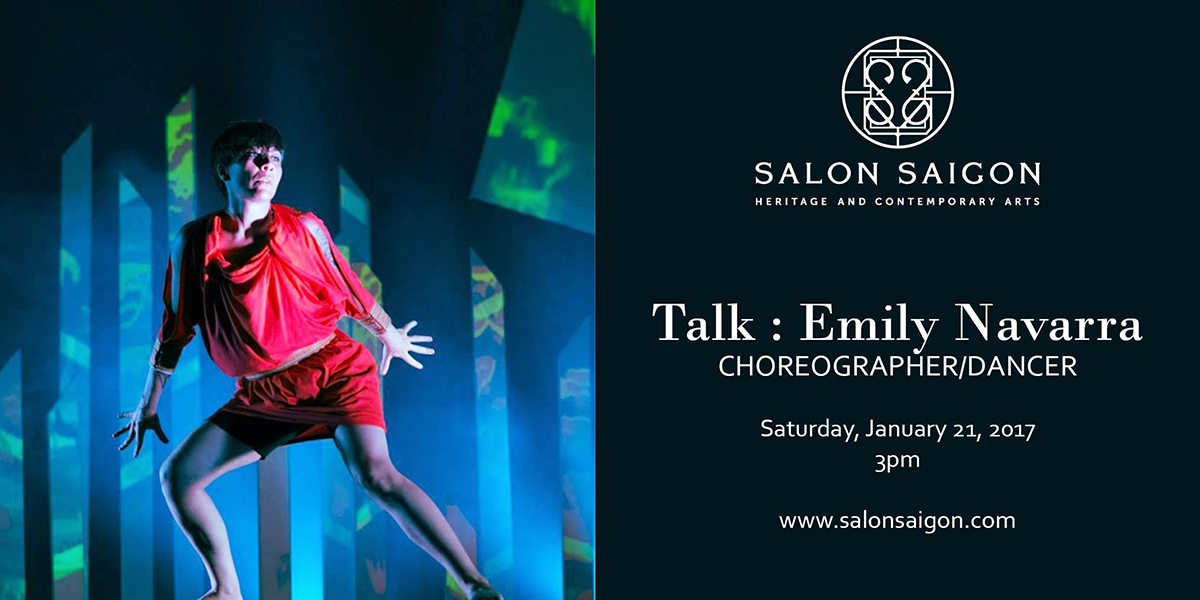 Dancer and choreographer Emily Navarra will discuss her projects and performances while living in Vietnam. She will introduce how she uses a sociological theory, chance mechanisms and storytelling to create dance pieces in collaboration with other mediums in the Arts.

Artistic Director / Choreographer / Performer Emily Navarra is a B.A. Dance Studies graduate from the University of South Florida who uses a mixture of traditional culture and societal views as a choreographic tool. Her work as a freelance artist has been presented in the United States, Europe, Southeast Asia, North Africa and the United Kingdom. She formed Standpoint Theories – Legends of Vietnam in 2013, a collaborative yearly project which retells six Vietnamese legends through dance, visual art and live music. She received a civil society grant in 2014 from the American Consulate of HCMC for Standpoint Theories. In 2015, she founded The Movement Kitchen which aims to create a warm environment for lovers of movement to come together as well as encourage a further understanding of the art of movement both mentally and physically. She currently resides in HCMC, Vietnam.

Your ticket for the: Talk: Emily Navarra